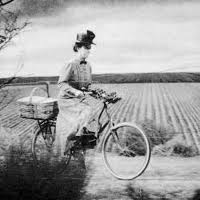 Chicago Dr. Cycling was founded in 1937 by Henry Klomp. He started it as a part-time job selling Wizard Bicycle and many other brands. Henry worked at Kelvinator full time and every day after work he ran the shop on Chicago Dr. in Wyoming.

When Henry's son Evert was about 10 years old he would go to his father's store and watch him fix and sell bicycles. When Evert was 15 years old he started working for his dad. In 1956 Henry had a heart attack and had to give up the bike business.  He asked Evert to take over the bike business but he was not ready at that time. However, in 1960 he and his wife Joann had the vision to start their own bicycle shop.

They were very limited on resources, in terms of money and real estate, so they converted part of their home into a bicycle shop where they sold and repaired bicycles. This was located at 1407 Chicago Drive, S.W., Wyoming, Michigan. Joann worked in the bicycle shop during the day, while Evert worked in a hardware store and later for a wholesale company as a janitor. After his normal workday, Evert worked in the bicycle shop selling bikes, repairing them and performing other related duties necessary to the operation of a small bicycle shop. Joann continued running the shop during the day and at the same time raised a family of five children. 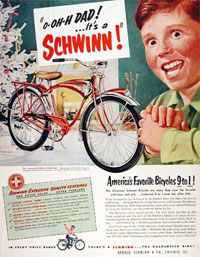 By 1972, the business had outgrown the space in their home shop. They purchased another home, moved their family, and remodeled the building at 1407 Chicago Drive, S.W., to accommodate their growing bicycle business. Their vision and dream continued to unveil before their eyes.

In 1977, the land became available near the comer of 28th Street and East Paris Ave., which the Klomps bought to expand their business. After only 15 years of being in business, they were able to fulfill their dream of building a new bicycle shop.  Today, it is a busy shop called Kentwood Cycling and Fitness... 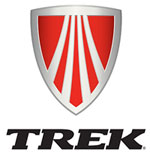 In 1985 their vision took on a new dimension. They were offered the challenge to become a Trek USA Dealer.  That same year Evert and Joann sold their original building in Wyoming and built another new bicycle shop at 4300 Chicago Drive in Grandville. Adding to the year's excitement, Schwinn honored Evert and Joann with the coveted award of being the number one Schwinn dealer in the United States".

In 2000, Evert and Joann were honored into The Schwinn Dealer Hall of Fame.

In 2006, Evert and Joan bought Holland Cycling and Fitness

In 2012, we consolidated all of the stores under the new brand of West Michigan Bike & Fitness.

Evert and Joan gratefully acknowledge the support of their employees who have worked so diligently throughout these years to demonstrate that quality sales and service is the key to a successful business. They also wish to thank all of the patrons who have made these businesses so successful.

We believe cycling should be fun. We believe that cycling is a way for families to come together, for individuals to push their limits, for fitness and activity to be a lifestyle. It’s in our blood and we’re passionate about helping others discover the joy and reward of biking.

For the past 75 years, we have been dedicated to providing excellent service, value and selection for the West Michigan cycling community. We’ve changed and evolved to reflect the growth and locations of our business, our goals and our audiences...from The Bike Shop on Chicago Drive (in 1938) to three locations in West Michigan: Grandville, Kentwood and Holland.

To better embrace our three locations, to better serve our customers and to be better positioned for growth, we’re proud to announce our new name and identity. Our new name, West Michigan Bike and Fitness, is bold and it better represents who we are and where we’re going. Our new logo is fresh, conveying motion and referencing our strongly-connected family and business.

Thanks for being a part of our family. Thanks for supporting our business for the past 75 years.